What happens when you take Stanford’s School of Humanities and try to centralize the school’s web resources and support across a nursery school, an archaeology collection, a slang dictionary, a collection of 10th century manuscripts, and a variety of academic departments, interdisciplinary programs, and research projects?

Stanford has a decentralized web environment with a varied CMS landscape across departments and colleges. Security and branding problems kept creeping up with the School of Humanities without an internal group to support the web needs, explained Liang.

It was hard to know where to start when thinking about creating an internal web agency model, he said, so they tried to focus on the sites where there could get big wins and ones that had security problems.

The School of Humanities built a small web team that could go fast to meet the need. The team of four people works on two sites a month. Not all sites are built 100% by the team, but they also help department clients connect with vendors and project managers.

Marquardt explained the benefits of having an internal web agency model include trust, value and relevance.

“We’re on the same side of the university mission,” she said, and the decentralized model in the school wasn’t really working. It’s also been easier to have some of those tough conversations as internal partners.

On the value side, Marquardt said it’s cheaper to offer this web support internally, and it’s easier to support the sites built within the college because the web team has been involved in some way in most of the projects.

The web team created a shared Drupal platform managed by the IT team. The platform meets 80 to 90% of needs, but Liang said one site doesn’t fit all so their team also serves in a consultancy role.

Marquardt said they focused on understanding the customer experience journey of the people who needed help with their websites. Often the problem was anxiety and mismatched skill sets in the School of Humanities.

Included in the web service design is a process overview, project management, a portfolio of choices, client education and free skill building workshops, and a human connection.

And to deliver on the service Marquardt said they needed to have a flat, self-organizing team. The type of people on the team needed to have a diverse range of skills that were hard to hire for. Instead, she explained they hired good people with potential and grew their skill sets.

“The team owns its success and how it’s run,” explained Marquardt.

Stanford’s School of Humanities Web Team looks back on it failures as keys to success:

The top lessons learned from the now close to 60 sites Liang and Marquardt worked out include:

For more, check out the “50 Case Studies Later, Have We Learned Anything? Running an Internal Web Agency at Stanford” presentation. 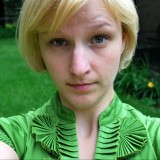 Beth Bonsall is an editor and content strategist for Michigan State University in the IT department. She was on the planning committee the last two years for the HighEdWeb Michigan regional conference. Find her at @BAB_BAB.