Timothy Cigelske, Director of Social Media at Marquette University, also teaches a class on social measurement and analytics at the school. When he couldn’t find a textbook he liked, he decided to write his own. He was kind enough to let us reprint the introductory chapter to his Analytics to Action, published in late 2014.

When you think of social media analytics, you might think about numbers, graphs and charts. You may have heard something about metrics, dashboards and data.

And that would be accurate. Those are all important elements of using analytics, as you will see in this book.

But it’s far from the whole picture.

For analytics to actually be useful – to inspire action – you need understanding in context.

Unfortunately, it’s easy to get blinded by numbers.

To explain, let me tell you a story.

It was the summer after my freshman year in high school. I was coming off a year where I ran a sub-5-minute mile and nearly broke 18 minutes in the 5K. But I wasn’t satisfied.

I heard that elite high school runners – conference champions and state qualifiers – put in 300 miles over the summer. That seemed like a magic number that elevated you into a special field of competitors.

In my mind, all I had to do was put in the mileage and I would be destined for greatness.

Yet over the course of the summer, I found that the more I ran, the worse I felt. My only explanation was I clearly wasn’t working hard enough.

So I pressed on, adding more intense and longer workouts. I put in two-a-day workouts and accomplished 50+ mile weeks.

In the end, I met my goal. I achieved 300 miles by the end of the summer. But it came at a huge cost.

My sophomore year, I came into the cross country season completely burned out. My time increased by about a minute per race.

I was working harder and feeling worse. It was awful physically and mentally. I felt lethargic and could barely stay awake throughout the day.

I couldn’t understand why my body was rebelling. Depression set in. I desperately needed rest.

It wasn’t until I started reading up about the science of running that I realized I had all the warning signs of overtraining. Everything I was doing was counterproductive.

The problem? I was adrift in data. I failed to connect the dots.

During that summer, a few strategic off days would have done me a world of good. But I was too focused on a “magic number” of 300 miles. The real goal was becoming a better runner. I couldn’t see the larger picture.

Today, I would say that I was distracted by a “vanity metric,” which is a topic we’ll delve more into later. If I was more strategic about my training, I would have better defined my mission. I could have noticed patterns in my performance.

It wasn’t until my senior year that I finally broke through. I shaved a minute off my 5K with a fastest time of 17:09. My mile improved to 4 minutes and 40 seconds.

How did this happen?

I changed how I used numbers. I started training smarter. I read everything I could get my hands on about running strategy. Running became more mental, not just physical. I experimented and looked at the results.

All the while, I kept a meticulous running journal of all my workouts and races. I recorded both objective numbers and subjective reflections of success and failures.

I had data on what was working and what didn’t. I learned that conventional mainstream wisdom could be harmful, but that some of the theories of training and racing I was reading about were proven correct.

I created a system.

At the same time, a veteran coach took over leadership of our team. He believed in using data strategically. He printed out records of our workouts and tracked our progress, and watched for improvement or warning signs.

He calculated track workouts and drilled target pace. The goal was to find the speed at which each person could perform most efficiently and at the highest potential. It was about knowing yourself and taking the appropriate steps to reach your goals.

During races, our entire team routinely started behind the mass pack of runners. It looked like we were going slow. In fact, we were following a meticulous, steady, pre-planned pace from the starting gun.

Then after everyone’s adrenaline wore off, we picked off the competition and passed them one by one. It wasn’t just about competing with guts. It was about using your head to succeed.

I still remember my coach yelling out our times as we caught up to and surpassed the field.

I was no longer adrift.

So what does running have to do with social media analytics?

Today, analytics can be applied to almost every field in business. In baseball, the book and movie Moneyball showed how numbers-based knowledge replaced superstition, untested traditions and subjective assumptions.

Outside of sports, data-driven approaches have been applied to other fields like statistician Nate Silver’s accurate predictions about political elections. The same kind of numerical analysis has found its way to social media.

Numbers can have the ability to cut through the noise of opinion and debate by providing objective fact.

Numbers can become a tangible goal and push us to achieve greater heights.

Numbers can show value by quantifying a net worth, a price, a rank or a size.

There’s a limit to what numbers and data can accomplish. Money can’t buy happiness. And numbers can’t tell you what to care about.

Sometimes, we can get blinded by numbers.

But if you can connect the dots, you can move from analytics to action.

I’ve never thought of myself as a numbers guy. And I don’t consider this book for stat geeks and bean counters, though I think it will help them too.

I squeaked by calculus and accounting only thanks to marathon viewing sessions of Khan Academy tutorial videos. A spreadsheet is enough to make me break out in a cold sweat.

Yet I use numbers all the time in my role as Director of Social Media at Marquette University. I believe that numbers can help unlock creativity.

I’ve always associated myself with the creative side, and the personality tests I’ve taken support that. I’m an ENFP – Extraverted, Intuitive, Feeling, Perceiving – according to the Meyers-Briggs assessment. I embrace uncertainty and even a bit of chaos.

My personality score for intuition in particular is nearly off the charts. I trust my gut feelings. Most of the time, I like to just wing it.

Basically, I’m the last person you’d expect to use analytics. But I use them all time when it comes to social media.

My gut still plays a bit part in this process. I start with concepts I believe will work. But now I can measure the results, and know if my gut was right or wrong.

To put analytics into action you have to understand the context. You have to know why you’re doing what you’re doing, and not simply get blinded by numbers.

So wait patiently and we’ll get to the numbers, data and charts of social media analytics. First, we have to make sure you have a roadmap.

With the right approach, you’ll be able to move from analytics to action instead of being adrift in data.

Analytics to Action is available for purchase online, as an ebook on Gumroad, iBooks, or Scribd. 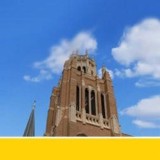 Tim Cigelske is Social Media Director at Marquette University, which has been ranked by Klout.com as one of the 10 most influential higher education Twitter accounts. He teaches Social Media Analytics and Measurement in the Diederich College of Communication, and is also a social media consultant, speaker and trainer. Learn more at http://analytics.strikingly.com.