The Higher Education Web Professionals Association (HighEdWeb) is pleased to announce the election of a new vice president, secretary and treasurer.

Tom Wojciechowski (Daemen College, Buffalo, N.Y.) joined the Board of Directors in 2015. Tom has acted in a variety of roles at HighEdWeb, including as Annual Conference vice chair in 2013 and 2017 and as 2015 Annual Conference chair, association Secretary, and Interim Vice President on the Executive Committee.

Glenn E. Donaldson (The Ohio State University) joined the Board of Directors in 2015. Donaldson has served as a WebDevShare and HighEdWeb track chair/program committee member since 2002. He has remained actively involved in other aspects of HighEdWeb, including the Annual Conference, Technical Academy panel, serving as Technical Committee Board Liaison and member of Volunteer Committee, as well as presenting numerous sessions throughout the years.

President Sven Aas (Mount Holyoke College, South Hadley, Mass.) continues in his role as president, to which he was elected in 2017.

The Officers of HighEdWeb are elected from the HighEdWeb Board of Directors, the governing body of the association. The board works to create and manage policy, coordinate business issues and manage the growth and prosperity of HighEdWeb. The board meets monthly to discuss updates and issues, and works to lead various association initiatives year-round.

Currently, the board is engaged in a comprehensive strategic planning process for HighEdWeb and all of its properties. 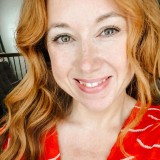 Lacy is the Executive Director of Digital Strategy at Vanderbilt University, a HighEdWeb Board member, and chairs the MPD track for the annual national conference.