Daniel Frommelt took HighEdWeb attendees on a journey from the technology of today to an ancient world where a young, nomadic, future king with a bad attitude was, unbeknownst to him, contributing to modern project management.
Daniel, fueled by something inside of a Zombie Brew mug, led a lively discussion about Huns, Romans, chieftains and warriors—and how age-old processes can be applied to project management in higher ed.
Before the history lesson, Daniel mentioned the importance of learning more about project management.
“…Primarily because it’s something we all do, but something we don’t realize while we’re doing it,” he said.
Daniel had read several books about Attilla, and learned that, save Atillia’s personality, a lot of principles about leadership can apply to our jobs.

Who was Attilla? Who were Huns?

Huns were nomadic. They needed very little, they carried very little. King Mundzunk was the leader of one of these tribes; Attilla was one of his sons. The King died, Attilla’s uncle took over and let Attilla get kidnapped by Romans in sort of an “kid swap” endeavor. The Roman children learning about the tribes they would hope to later conquer, while Attilla and other Hun children learned about Roman culture. Attilla took advantage of this experience to learn more about the Roman’s military tactics. When he returned from Rome, he found his brother in charge; the brother was also killed so Attilla became the new leader.

Some takeaways from this:
• Keep relationships in mind; this will help you prepare for future battles.
• The Nemesis keeps you fighting, something that gets your fire going.
• Huns led a very simple life, but they had a lot of pride.

Project Management as we know of it today really didn’t take off until the 1950s: Henry vs. Henri – two different types of engineers invented schools of thought:
• Henry Gannt – father of planning and control techniques, developed Gannt chart in 1910
• Henri Fayol – identified 6 management functions, founding work for PMBOK
Daniel then share various flowcharts used by project managers, ultimately driving home the message that finding the bottleneck—and creating plan to get over that—is important to a successful project.

Back to Attilla: What does Attilla have to do with PM?

Daniel then looked back at Attilla and the Huns and delivered some great illustrations on how these fighting and military tactics can help in the fights within higher ed.

A warrior’s worst fear is that he or she will be assigned to a task that the chieftain doesn’t want completed successfully. In higher ed, this could be applied to having staff do busy work, or investing time in a project that is not really a priority.

One Tribe, One Mind

Warriors produce better results when you check the work of the warriors. If chieftain ignores top performers, they lose their winning edge. Appreciate and care for people that do a great job. Also, good chieftains don’t ignore weak warriors because, if they do, their odds will never improve. Finally, a good chieftain creates strong moral and discipline in the tribes when they train their warriors and Huns well. Tell them what is expected, provide tools and leadership to win – don’t have blinders on.

The best chieftains focused on domination of the Romans instead of inciting division and civil war – so, don’t complain at work – put on team face and do well. Discuss problems internally, but don’t bring team down.

Also, no warrior should ever be expected to take an arrow for the misdeed or mistake of their chieftain. If you mess up, own in. Admit it. This approach sets up a guiding principle that there is rapport and transparency. Also, don’t blame others. End the bickering. You will gain more respect.

Acting on dumb decisions does not improve them – “Get a tattoo of the somewhere,” suggested Daniel. Competent warriors avoid acting on a chieftain’s dumb decision and seek to provide counsel to them instead. This means that you should speak up and stand up for an idea you think is not effective just because a higher up suggested it.

Huns readily follow a chieftain who improves the quality of their lives. Daniel gave a practical example of this approach. His staff was in a slump – he spent $40 on hot dogs and chili and threw a chili dog party. It was goofy silly, functional. He says, do whatever you can to help improve the quality of life – be flexible in hours, etc.

Good chieftains accomplish greater feats when they focus their warriors on tribal rather than individual goals. So, in higher ed, in your position, be the role, not the individual. “We’re part of the larger organization – that attitude can help the turf war go away,” said Frommelt.

Also, he says, a chieftain’s greatest ability lies in helping Huns prosper – if team does well, you will do well.

Wise chieftains will not march into battle against a clearly superior for without first strengthening their own force with those of an ally. Chieftains should avoid doing battles when both winning and losing will cost too much. So, don’t kill your team uselessly on stuff that doesn’t matter.

A tribe without chieftains and warriors that are willing to take risks never achieve greatness.Huns who never fail are ill-prepared to deal with the bitterness and disappointments they will encounter as warriors – you never know what you are capable of if you don’t step outside the comfort zone. All warriors from time to time must fail.

Secrets are exposed as soon as they are known to three Huns or one Roman- tell no one. Shut your trap if it fails and you said it, you look like a fool. We’re often privy to sensitive information. Don’t blab.
Also, with honor, Huns must be trained to serve the tribe’s interest so that when they are tempted to make a quick personal gain they will think twice. Finally, do not vent in external places; that’s not being honorable. Honor can go a really long way.

Daniel concluded that Attilla focused on what he had in life, and what he had done in life and arranged his plans accordingly.

“There’s a lot to learn from these guys and the attack method on how they solve problems,” said Daniel. He added that the Huns create a culture out of nothing. “They pack light, move fast. A lot of great things come from them.”

And, the closing slide of Daniel’s presentation reminds us that project management isn’t always easy and that should be reinforcement for feeling pride in what you achieve each day.

“You get paid for your bad days. The easy things, anyone can do,” he said. 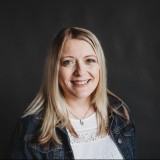